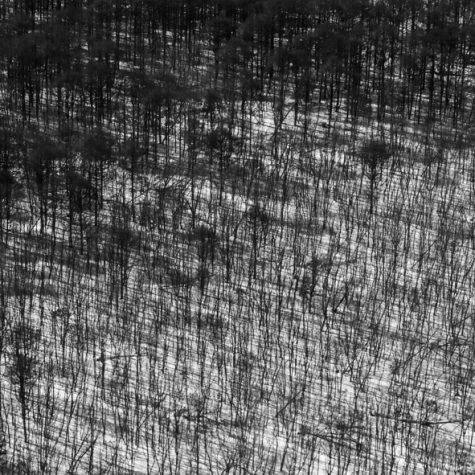 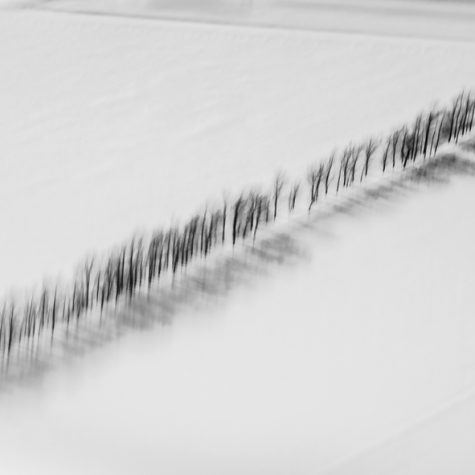 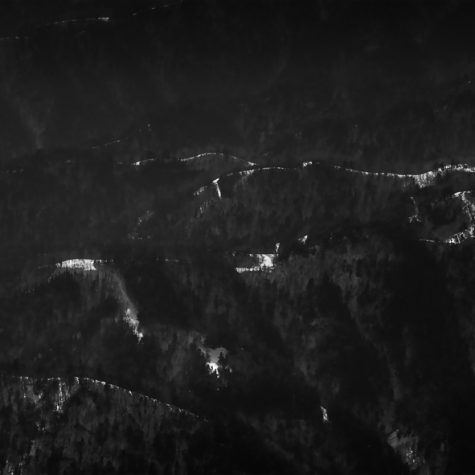 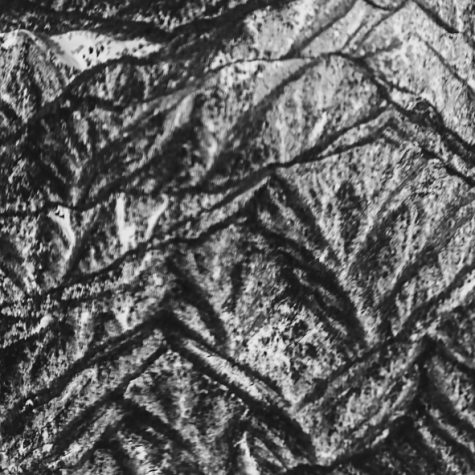 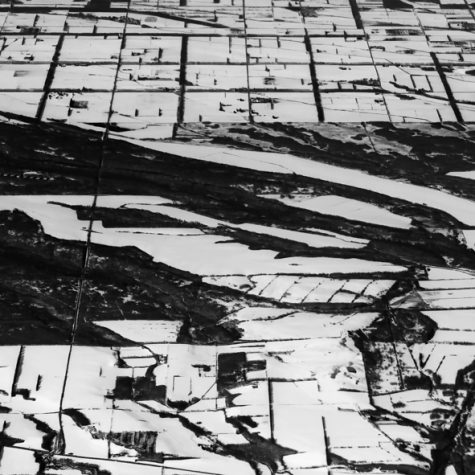 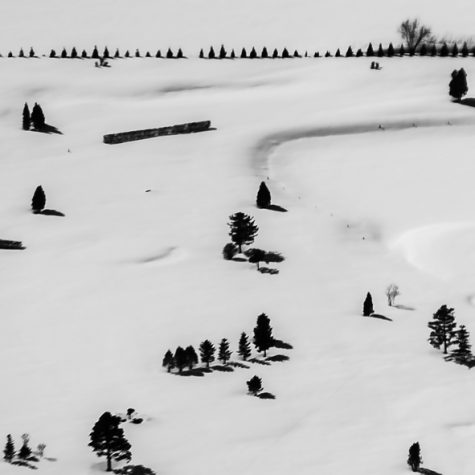 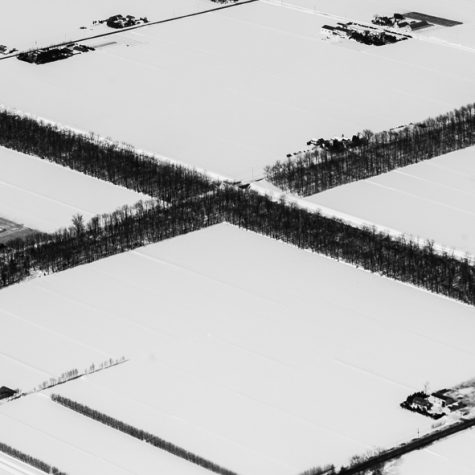 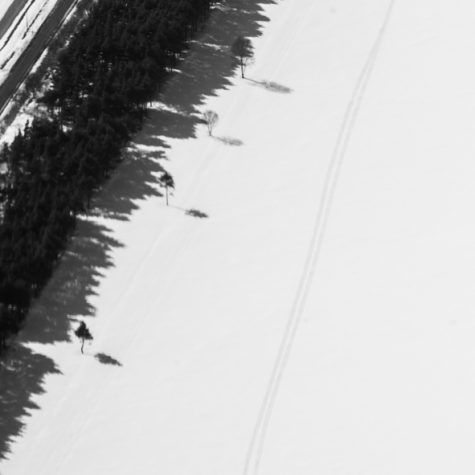 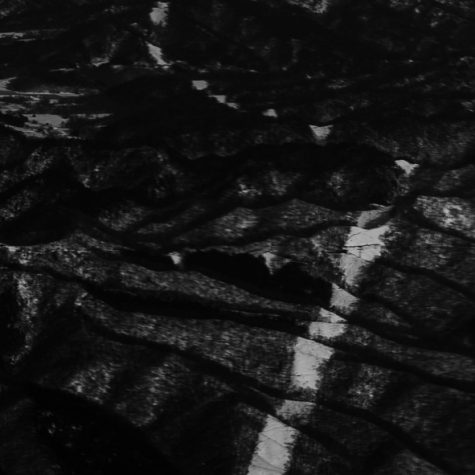 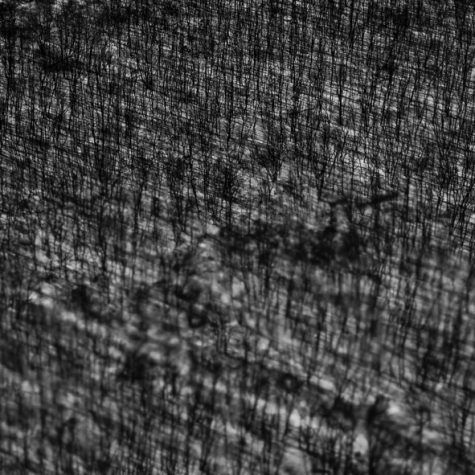 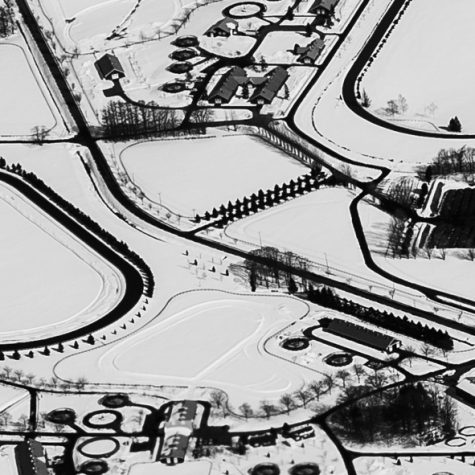 “Time had stopped and all that was left were the snow and trees below. I was glued to the window for the entire flight. I have no idea how long it took. A small, bumpy plane with its noisy engines became a time capsule, lazily floating across the frozen land.”

木 “Ki” signifies “tree” in Japanese. The photographs chosen for this series were taken during a winter flight over the north of Japan just a few days before the devastating earthquake and tsunami in 2011. With the aerial perspective and black and white simplicity these artworks capture the dreamy essence of the season and the landscape.

“It has taken me a few long years before I have found the way to show this material. Time stopped again and again each time I worked on these photos. This slow process is itself another deep contemplation. Each photograph stands by itself, but while building the series some interesting pairs started to emerge. Like yin and yang the exhibition is constructed on principles of opposite but always equal qualities.

Contemplation in flight by artinberlin.com 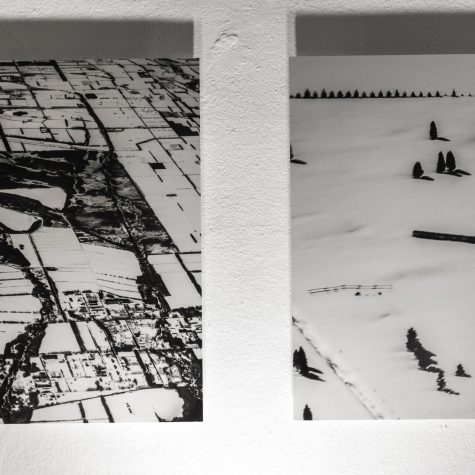 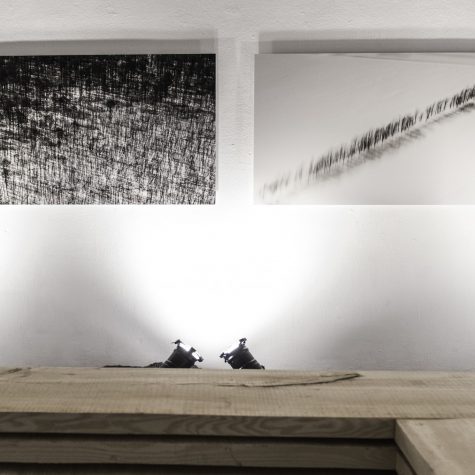 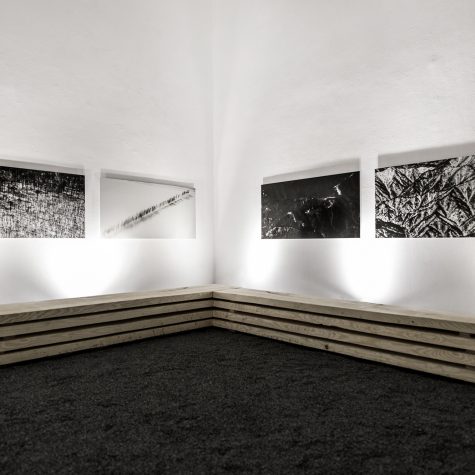 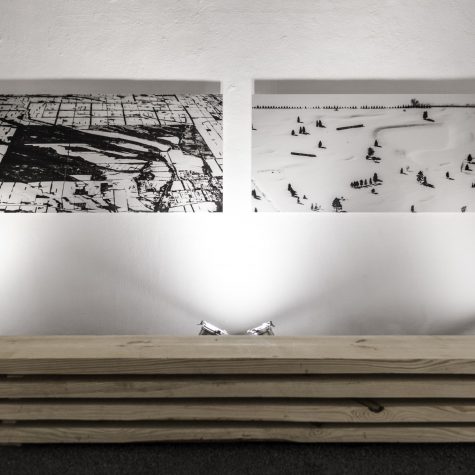 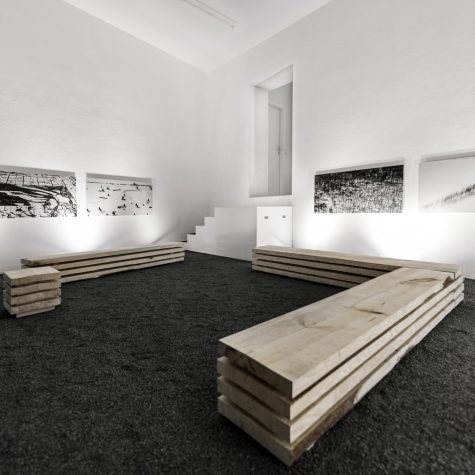 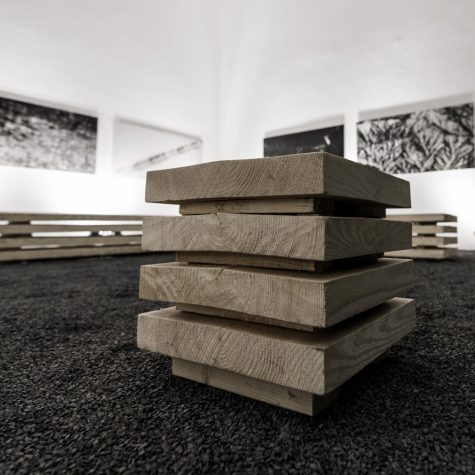 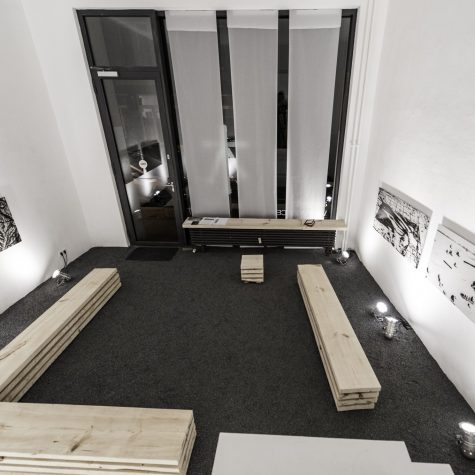